What’s the History of Air Monitoring and How Can We Create a Better Future? 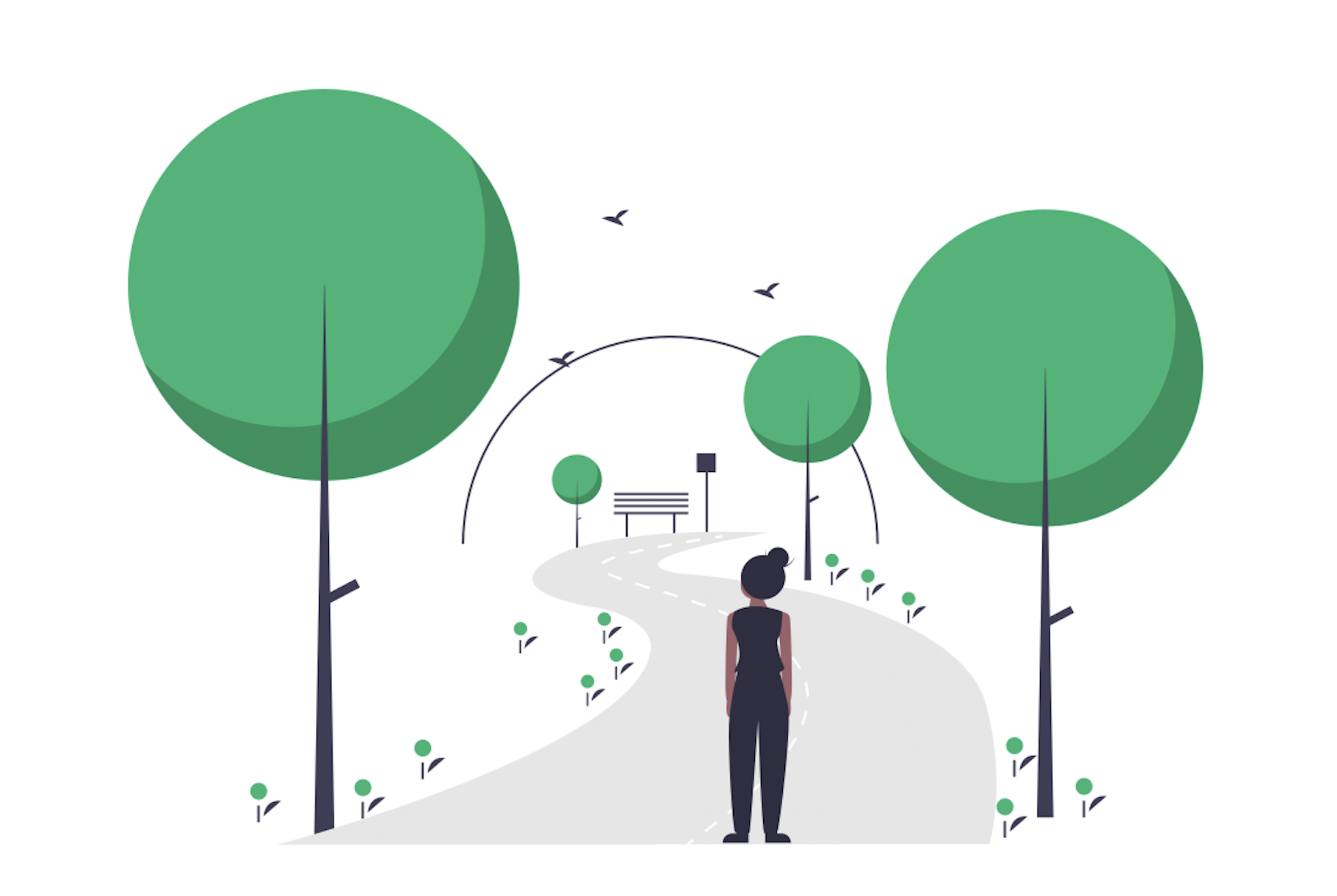 The Clean Air Act is a comprehensive federal law that regulates air quality from both mobile and stationary polluters. It covers everything from transportation emissions to manufacturing. "Major polluters" in your neighborhood might include manufacturing facilities, airports, or bus stations.

From time to time, the Clean Air Act is amended. This makes sense because new pollutants arise as technology changes. For instance, in 1990, the Clean Air Act was amended to include a program aimed at phasing out the use of chemicals that deplete the ozone layer.

Currently, the EPA provides an interactive "AirData" map users can view to view air quality throughout the US. Here at Just Air, we believe this is a step in the right direction, but it's not enough.

There are two significant problems we see with the current EPA AirData system.

A more comprehensive micro-level air monitoring network would solve these two problems. First, they offer more transparency to communities, and people would have a way to double-check the air quality data. This could be life-saving for individuals with health concerns, people in high-risk groups, children, and the elderly.

The issue is that when we take an overall view and only look at air quality in a city or specific zip code, we're not addressing the health concerns which can be significant in specific neighborhoods. Low-income housing, African American communities, and retirement communities do face more risks of poor air quality.  We must stop ignoring that fact.

Secondly, all the neighborhoods and communities within a large metropolitan area would have specific air quality data for their neighborhood. This is important because air pollution can differ from one district to the next.

The US has a history of redlining —the act of housing low-income groups in areas with poor air quality. Research shows that redlined neighborhoods have higher levels of air pollution.

Redlining: The History of Discrimination in Your City

It all started in the 1930s when President Franklin D. Roosevelt penned his New Deal, and he created government-owned housing projects in specific neighborhoods.

Redlining became the discriminatory mortgage appraisal technique, which drew lines around Black and immigrant areas and denoted them as risky sites for mortgages. Neighborhoods were classified from "A" or best, to "D" for hazardous, and colored in red on city planning maps.

Black Americans, in particular, were forced to live in these communities which were deemed dangerous. And it became nearly impossible for new business construction and new homes to be built there.

How Does Redlining Affect a Community's Health?

Redlined neighborhoods and government housing projects sprung up in less-desirable settings. The property values around a stinky paper mill, train tracks, or slaughterhouse were most affordable. Remember, back in those days, the US was more industrialized. These were the days of steel mills and auto manufacturers.

We didn't know the extent of industrial pollution on human health yet, but we knew wealthy people wouldn't live somewhere smoky and stinky. So minorities and low-income families got shoved into these homes, and the government placed a financial ceiling over their heads.

Earlier in this piece, we mentioned medical deserts, areas in US cities, and rural neighborhoods without access to healthcare. Historically, banks weren't interested in lending funds for new buildings in redlined neighborhoods, which means new hospitals aren't built there, either.

It's a double-whammy for minorities and low-income families. Not only do they live in a more hazardous neighborhood, but getting the proper care for an asthma attack might mean an hour-long bus ride to the nearest hospital. Thorough, transparent, reliable air monitoring is necessary for individuals in low-income, redlined neighborhoods.

Your next question is, "What can we do about poor air quality?" That's where environmental justice comes into play.

On Climate Justice vs. Environmental Justice

The United States has come a long way in the last decades regarding our knowledge and control of pollutants. There's still a long way to go.

Climate justice is the notion that climate change will affect people in poverty-stricken areas more intensely. Proponents of climate injustice theories claim that the poorest of the earth's population will suffer the most from changes to our environment. (We use the word claim because we do not have data for a phenomenon that may exist in the future, not because we don't believe their reasoning.)

For example, redlined neighborhoods and government housing projects are often built on known flood plains. In the US, renters insurance does not cover flood damage, and property flood insurance is only available to the property owner. Therefore, if an impoverished family were to suffer a flood caused by climate change that destroys all their belongings, they'll need to start all over with nothing.

Of course, we could argue that a known flood plain already suffers floods; therefore, the flood isn't caused by climate change, but we digress. The point is that poorer families have a harder time after catastrophes, and that's a fact.

Environmental justice is the idea that when it comes to environmental laws and changes, everyone's wellbeing should be considered, regardless of race, income level, ethnicity, sexual orientation, etc.

For instance, environmental justice proponents would disagree with the idea that we should build new government housing on top of a landfill, or that a school could be built on a chemical dump site. (That happened at Love Canal, by the way.)

To summarize the differences, climate justice refers to how climate change will affect poorer communities, while environmental justice is aimed at current and future legislation.

In 2021, the Biden-Harris administration "set ambitious goals [to] ensure America and the world can meet the urgent demands of the climate crisis while empowering American workers and businesses to lead a clean energy revolution that achieves a carbon pollution-free power sector by 2035 and puts the United States on an irreversible path to a net-zero economy by 2050."

It's a long document with many goals, but In a nutshell, Justice40:

While these points have great intentions, and poorer communities and minorities are explicitly mentioned as groups that should benefit from Justice40, it doesn't solve air quality problems in major cities today. Biden's environmental justice funding does not include any specific mention of race.

What Can Local Governments Do to Protect Communities from Poor Air Quality Right Now?

Local governments and community organizations can protect neighborhoods from the health problems associated with poor air quality. Here are five ways they can get started:

At their most basic level, land-use policies cover the control, rights of property, and the act of mapping and planning land for its best use.

For example, regardless of the target income level of residents, new housing shouldn't be built near known polluters.

The University of Washington says green spaces like parks, forests, and even rooftop gardens help to reduce air pollution and lower the ambient temperature in urban settings. In areas with complete tree cover — like heavily forested parks — trees can remove up to 15% of the ozone, 14% of SO2, 8% of NO2, and 0.5% of the carbon in the immediate air.

Buses and subways cause some air pollution, but a bus full of people is far better for the environment than if each individual were to take their car to their destination. In fact, switching to public transportation is one of the most effective ways to reduce carbon emissions.

Pollution permits and cap-and-trade programs allow polluters in your community to continue polluting habits as they are but allow no increases. If a business lowers its emissions, they receive credits, which can be traded or sold to other companies who find themselves polluting above the limit. The idea is that overall, organizations work together to keep emissions low.

The EPA says green infrastructure is "measures that use plant or soil systems, permeable pavement or other permeable surfaces or substrates, stormwater harvest and reuse or landscaping to store, infiltrate, or evapotranspiration stormwater and reduce flows to sewer systems or to surface waters."

Rather than using traditional cement and iron works for city sewers, roadside ditches, gutters, etc., communities should look for green alternatives. The goal is to use rainwater and runoff to water plants and improve air quality rather than rushing the water away. You can even encourage individual residents to put their gutter water to good use.

Local governments can go a step further by asking residents to take responsibility for their polluting behaviors, monitoring the neighborhood air quality, and by looking in on their at-risk neighbors.

How Can I Monitor Air Quality in My Neighborhood?

We're here to help. At JustAir, we know good air quality is essential to a healthy community. It's our mission to make all communities, but particularly underserved communities, aware of the risks of air pollution and provide them with resources they can trust to monitor the air they breathe. 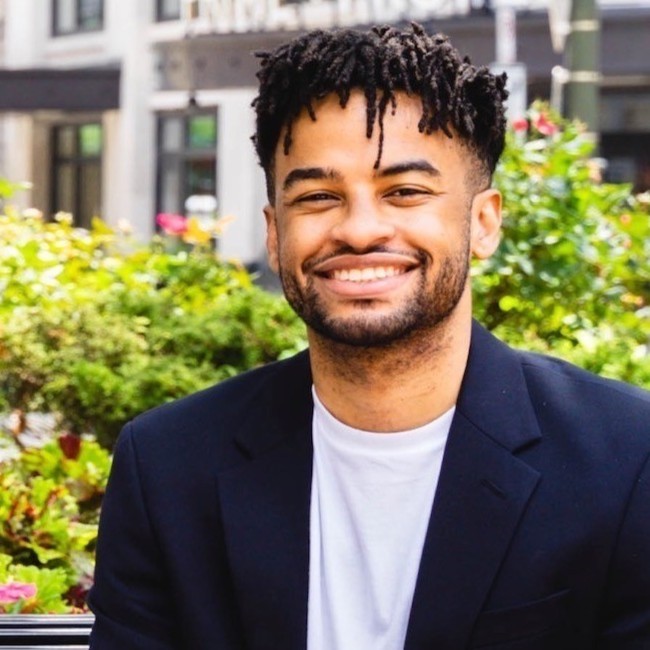 Sign up for our newsletter to get all the Just Air updates, information, and news.

Thank you! Keep an eye on your inbox for updates.
Oops! Something went wrong while submitting the form.
Share this article:

darren@justair.co
What We DoOur Mission The Need